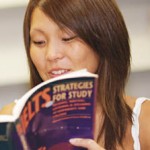 The Australian newspaper reports: The Australian government shows no sign of bringing forward the long-expected breakup of the IELTS English test monopoly, after the worst case of onshore fraud at a test centre in Perth. [Ed. note: In Canada, a near-monopoly exists – only IELTS and the lesser known CELPIP are accepted as proof of language proficiency by immigration authorities].
Eileen Tyson, whose US-based TOEFL test has been lobbying against the monopoly since 2005, said the falsification of results at the Curtin University centre “highlights the need for alternative testing methods”.

Both TOEFL and the new Pearson test claim their systems are not open to the manipulation seen at Curtin.

A spokeswoman for Immigration Minister Chris Bowen could not say when a decision on the monopoly would be announced.

However, the timing of the decision is not dependent on the handing down of findings from Western Australia’s Corruption and Crime Commission investigation into the Curtin fraud, the HES understands. CCC hearings ended on March 28.

In May last year the federal government declared its “in-principle support for the acceptance of more than one English language test under the migration regulations”.

At the time, a spokesman for the Department of Immigration and Citizenship said there was more work to be done on the security of tests and the equivalence of scores between different tests.

IELTS is the only proof of English competence accepted by the Department of Immigration and Citizenship for sought-after visa categories. The department started a review of the monopoly in 2008.

Education broker IDP operates the test in Australia as the owner of IELTS Australia Pty Ltd.

Ms Tyson, whose non-profit US-based organisation ETS runs TOEFL, said: “The cause of the Curtin affair was a testing centre staff member being able to access students’ test scores and manipulating them. This sort of thing would not happen with the TOEFL test, as marking is not done at the testing site, and invigilators have no access to the ETS database of scores.”

Fraser Cargill, a representative of the Pearson English test, said both the government and those taking tests would benefit from choice.

“The monopoly has been in place since 2001 and since that time, new tests such as Pearson Test of English Academic have become available to the market,” he said.

Mr Low sometimes changed scores on original IELTS test papers, to which he had easy access at Curtin.

IDP’s IELTS director John Belleville said IELTS security had been vindicated with the Curtin affair, since the fraud had been picked up internally.

See the original article here. Leave your comments about the article below.