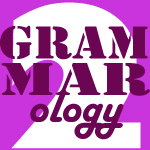 “I have some grammar questions which look very simple but somehow they make me confused…. Someone told me that we can’t use do, does, did after who, for example:

a) Mary helped me to come to Canada.

b) Who helped you to come to Canada?

c) Who did help you to come to Canada?“

A: Unfortunately, it seems that Masoumeh’s informant has only explained part of the rule. A more complete version is:

An auxiliary verb is needed in open questions, unless the question word functions as the subject or part of the subject. When it doesn’t, and when there is no auxiliary verb, then we add do.

What we’re looking at here is something called do support or do insertion. The fact is that in most open questions (questions using a question word: who, what, how, etc.) we need some kind of auxiliary verb, and when there isn’t one, we recruit do to do the job for us. Consider these examples:

In 2a, the auxiliary verb is would. In 2b, there is no auxiliary verb, and the sentence ends up being ungrammatical, so we insert do, resulting in the grammatical 2c version. This is always true with open questions formed with when, where, why, and how, which are not pronouns and therefore cannot function as subjects: these sentences always need an auxiliary verb. But it is only sometimes true with who, what, and which, and it depends on whether or not the question word functions as the subject of the sentence (or part of the subject, see example 5 below).

Sometimes, though we are not just asking what in general (e.g., what was it?). We know the noun, but we don’t know its specific referent: it’s pie, but is it this pie, or that? Here, we can use whose or the determinatives what and which by themselves (e.g., which?) or together with the noun (e.g., which pie?). Either way, this NP with the question word moves to the front as in 5c and do is added.

a) She likes pie.
b) Who likes pie? (change the NP to a question word)

a) This works.
b) What works? (change the NP to a question word)

Since there is no subject-auxiliary inversion, there’s no requirement for do insertion. So, the rule isn’t that you can’t use do with who, but rather that:

when the question word is the subject or its determiner, do insertion isn’t needed.

That’s not the whole story though. Notice that, unlike 2b, 1c isn’t starred. In other words, 1c is grammatical. Even though we don’t need do insertion, do can be used when there is no auxiliary verb to add emphasis, as in the following conversation:

In sum, then, an auxiliary verb is needed in open questions, unless the question word functions as the subject or its determiner. When it doesn’t, and when there is no auxiliary verb, then we add do. We can also use do insertion for emphasis when the sentence has no auxiliary verb.

[1]Determiner is a function in noun phrases. It is usually performed by words belonging to the category  of determinatives such as this, many, a, and which. Possessive NPs such as Juan’s, the dog’s, my, or whose also commonly function as determiners. Traditional grammar would simply call this an adjective functioning as a modifier.

Much and many thanks to Marianne Vespry and Randy Alexander for their careful attention and helpful comments on prior drafts!